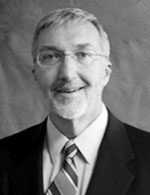 A reporter from a major print outlet calls your CEO at 9:00 am and says he has information from a whistle blower that your products are manufactured in unsafe factory conditions, threatening the health of workers and consumers.

By 10:30 am, the reporter begins sketching out his story. By noon that story is shaping up and by 12:30 pm, he has typed a line in his copy that says something to the effect: “Comment from company goes here.”

The problem is, the allegations are untrue. And you just lost.

The story will be a classic “He-said/She-said.” It’s balanced because both sides are quoted, but only one side is right. And the story ends with most readers believing the allegations are true because they were in print.

By 1:00pm, no matter how well the accusation is countered, the He-said/She-said story will often be written anyway.

The reason: A journalist just spent half the day working on the story and needs to show something for his efforts and his editors have already slotted it to run.

You can effectively defend your organization from these “balanced” stories, but it requires preparation, immediate attention and moving at the speed of a journalist.

An untrue story needs to be refuted, explained or put in context before the journalist spends too much time reporting. It’s easier for a reporter to walk away from a daily story at 9:30am than at 2:30pm.

It’s just a reality of the news business, and especially in the current 24/7, web-, cable- and Twitter-dominated news dynamic, with smaller news staffs that have greater demands on their time and a need to be hyper productive and competitive.

Such stories are not unethical. Allegations can be made by reasonably responsible parties, and if they are important to the outlet’s audience, need to be addressed. It is legitimate journalism to present an issue with both sides represented, or at least with both sides being given an opportunity to have their position represented.

But it is also why untrue statements are routinely given the credibility that naturally comes from being seen in a major news outlet – even if they are denied. And in the age of Google, they will live forever.

To defend your organization, you need to be prepared. In our example of a manufacturing company, here’s how:

These may not directly counter a specific allegation, but they can illustrate how the allegation might be implausible. And when presented with that evidence, a reporter may decide the allegations are not worth following up on.

These types of documents need to be readily accessible by the PR staff. Not locked away in a production manager’s office or the personnel department. Someone is invariably on vacation, in a meeting, another office in a different time zone, or unsure if they have the authority to release particular information. Time is lost and the reporter begins to write his story without you.

That’s where preparation comes in. Develop a crisis plan. Anticipate the kinds of things that can go wrong, or allegations that can be thrown your way. If a company is making a food product, it is easy to assume there can be issues about safety, contamination, sabotage; what happens in a power failure or an earthquake; what activist groups have an interest in your raw products or health impacts on your consumers; what’s their agenda?

Start gathering the documents you will invariably need now.

He-said / She-said stories have been with us since Guttenberg and they will likely be with us throughout the digital age. But by understanding how newsrooms work and how reporters think, and with proper planning and preparation, your organization can leave “he” standing alone and out of print.